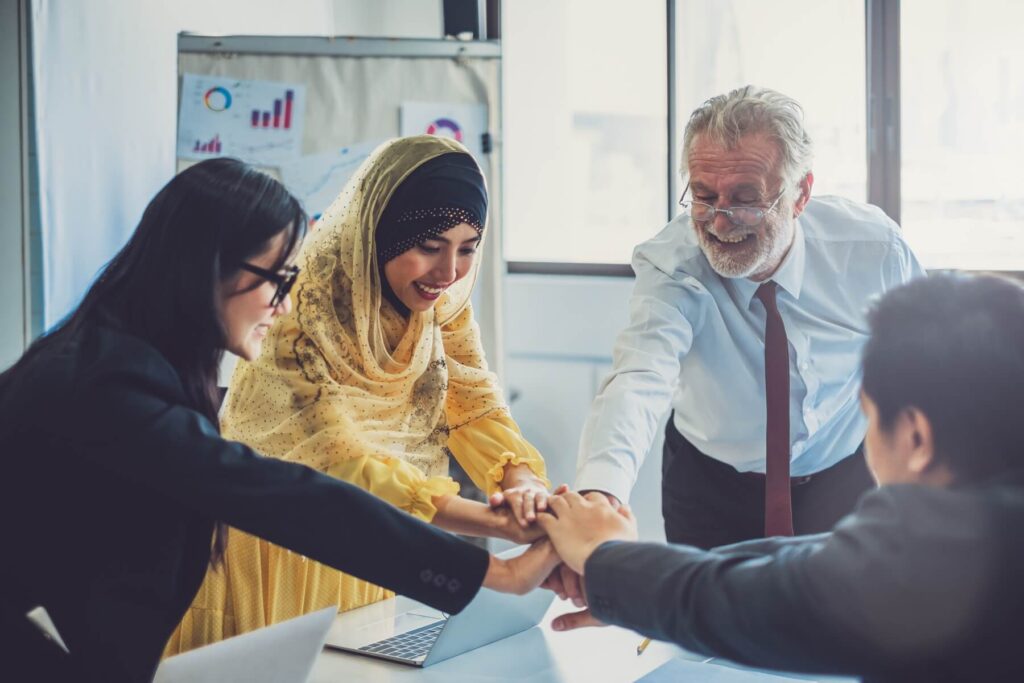 A Year in Review: It’s Not Just About DEI in the Workplace. It’s All Around Us.

The Pro Bono for Economic Equity (PBEE) program is a skills-based volunteer program to help solve critical business challenges faced by Black-owned businesses. It was created by SAP in partnership with their long-time partner Pyxera Global to address the long-standing issue of social and systemic racial injustices within the United States, including in the business world.

SAP began conceptualizing PBEE as a part of a social justice response to the murder of George Floyd that occurred in June 2020. The programmatic approach and methodology behind the PBEE program was modeled parallel to elements of the SAP Social Sabbatical program, a portfolio of programs that was initially created in 2012 to solve critical business challenges for nonprofits and social enterprises to support selected organizations in maximizing their social impact and accelerating their growth.

Each cohort of the PBEE program ran for six weeks with 80 hours of pro bono work. For the first week, SAP consultants worked full-time with business owners, and for the remainder of the time participants were expected to dedicate eight hours per week to the program on their own. The structure of the first week was designed for business owners, referred to as founders, and SAP consultants to connect before developing solutions to implement within the following weeks.

The first cohort of the PBEE program was launched in the United States across four cities on a virtual basis — Chicago, Atlanta, New York, and Philadelphia — all areas with a sizeable Black population and an SAP presence. Four businesses were selected per city with the criteria including the business having an established business model to work from.

Out of 90 small business applicants in the first cohort, there was a variety of innovative companies selected for the engagement, ranging from retail and food to technology. From Laine London, a first-of-its-kind Black woman-owned rental bridal shop, to Girls Auto Clinic, a Black woman-owned and operated business in the automotive industry, this cohort was designed to develop solutions for businesses in any industry that may need advisement.

After a successful first cohort, the PBEE program expanded internationally to the UK, Brazil, and South Africa, as the SAP Corporate Social Responsibility team saw a need to address similar social justice issues in its regions beyond North America—along with program momentum.

“For SAP consultants, most have expressed how they thought they knew about challenges faced by Black people, but this program has opened their eyes for how much more profound the issue is,” said Fernanda Scur, manager of the Brazil cohort.

Along with the international locations, a second PBEE cohort was selected in the U.S. In total, 141 SAP employees spread across four regions participated in PBEE with the common goal of providing equitable opportunities and support for small businesses as a social justice response.

One of the big takeaways from this program is the insight SAP employees have gained and a change in perspective for some.

Yes, this program was focused on racial justice but it’s not just about race,” said Hemang Desai, global program director of SAP’s corporate social responsibility team. “It’s about having that diversity and inclusion mindset in everything we do, every decision we make as an individual, as a team leader, as a project leader, as a hiring manager.

Although the program was focused on racial justice, it emphasized the importance of having a mindset throughout all levels of the organization that’s focused on diversity and inclusion in regard to decision-making.

“There were people keen and anxious to take action, but they didn’t know where to go and how to start,” said Desai.

This realization led to one of the unique components of the PBEE program, the diversity, equity, and inclusion commitment put together by SAP participants. Prior to the program’s start, SAP consultants indicated how they plan to take action after the conclusion of the program. They had the option to become a D&I ambassador in an official role at SAP, to write how one can continue learning about social justice, and to develop a reasonable, concrete action plan. At the end of the program, participants were asked to reconfirm the commitment they chose. SAP will track its employee’s goals with a six-month checkpoint to give employees structure, motivation, and accountability to help them achieve their goals.

In creating the D&I commitment, SAP did not want participants to develop a sense of apathy and stop engaging in anti-racism initiatives after the conclusion of the program.

“We wanted to get employees continuously engaged and embedded into the DNA of D&I that we have at SAP,” said Desai.

According to feedback from business owners, 98% felt more prepared to address future challenges for their organization after participating in the PBEE program. Entrepreneurs developing a sense of resiliency is a point of pride for Desai, as he believes strengthening a business to face uncertainty is a core goal, especially after a year characterized by uncertainty from the pandemic.

In addition to running the program next year, SAP hopes to continue to support underrepresented businesses as a part of its regular ecosystem. As SAP moves forward with new programs, the key is to stay “relevant and consistent” with what social issues it’s addressing. Future cohorts may expand to focus on other marginalized communities beyond Black business owners.

This article was written in collaboration with Alesia Bani, a writer and journalist from Philadelphia with a reporting background in identity, DEI, and local government. She currently covers the Black tech ecosystem and innovation in Philadelphia for The Plug.

PrevPreviousBuilding Racial Equity in Brazil with the Baobá Fund
NextDBC: Supporting a Black-Owned Business is an Opportunity for All-Around GrowthNext
See All News & Views